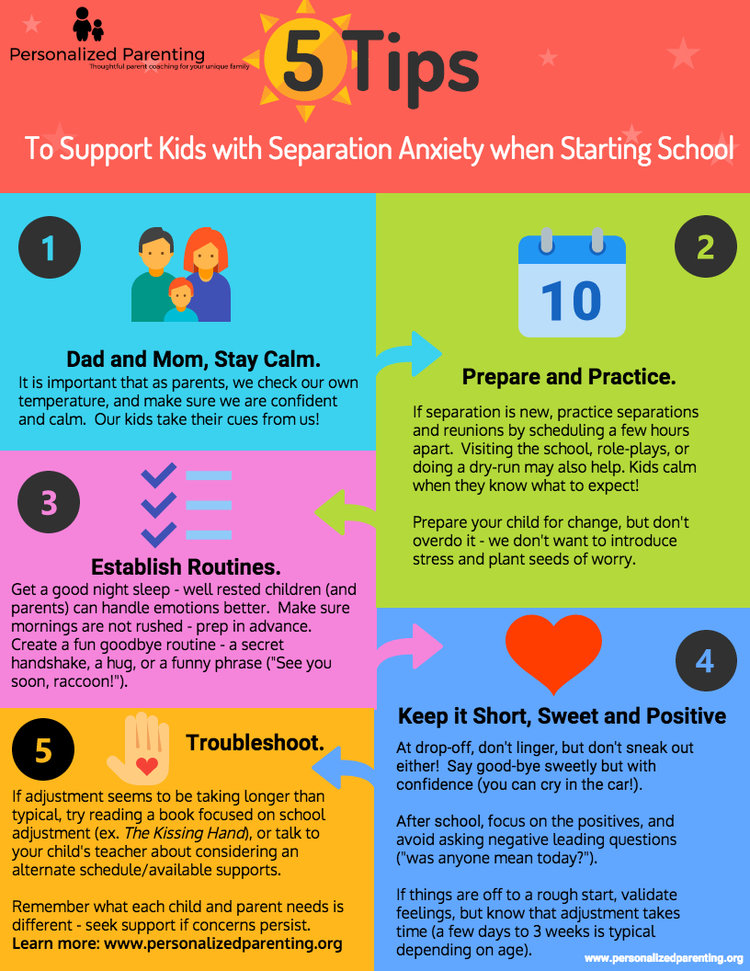 Anxiety in children is a normal response to growing and learning. However, anxiety is considered a disorder when it is extreme, long-lasting, and debilitating. Several forms of anxiety can manifest. A child suffering from one form of anxiety is likely to also experience symptoms of another.

For example, a child experiencing separation anxiety may also suffer from social anxiety or panic disorder. Studies have shown that, a parent’s interaction with their infants is a factor in the development of an anxiety disorder. Timely, consistent care of an infant can prevent anxiety disorders. These disorders are typically long-lasting and follow a child into adolescence or adulthood.

Separation anxiety is a mood disorder manifested by an intense fear of being separated from one’s parent or primary caregiver. The cause is found to be both biological and cognitive. Nevertheless, caregiver’s actions can prevent the development of an anxiety disorder.

A parent who is unable to meet a child’s needs in a timely manner increases the chances of a child developing an anxiety disorder later in life.

Symptoms of anxiety disorders are manifested both physically and mentally. It is important to know that someone suffering from any given disorder may not experience all of it’s symptoms. Physical symptoms include:

Mental symptoms of anxiety disorders can include:

According to Wendy K. Silverman and Philip D. A. Treffers, in the book, Anxiety disorders in children and adolescents: research, assessment, and intervention, parents who were more or less attentive than needed were more likely to have children with a separation anxiety disorder. Therefore, preventing such disorders requires timely attention to the infant’s needs without excess coddling.