The Tea Party and the Misinterpretation of the Founding Fathers 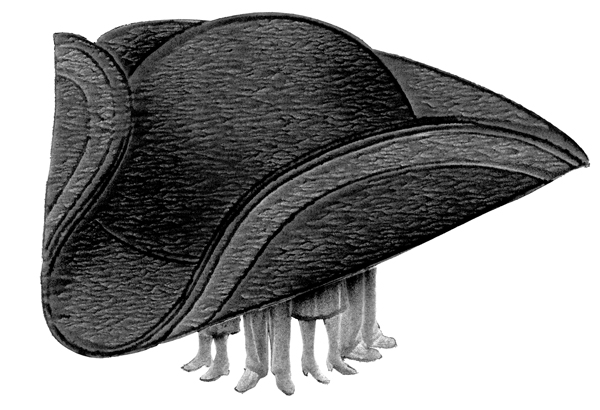 The rise of the Tea Party in American politics has taken many by surprise. More than thirty Tea Party candidates were elected in the congressional midterm elections. The political gains made the grassroots movement has left many political commentators and observers asking questions about the origins and nature of the movement, namely what is the Tea Party? In short, many Tea Party supporters routinely quote the founding fathers and what they see as their distrust of government. This seems to be the one universal belief that unites those in the Tea Party camp. Some emphasize the Second Amendment, while others chose to focus on forcing the government to reduce spending. Nonetheless, it is the claim that a small government is a good government that unites the Tea Party movement. Whenever someone or a group cites the founding fathers, they do so in the belief that it provides them safe cover; after all, nobody would dare question the founding fathers when discussing democracy. It is true, that to many Americans the words of the founding fathers are sacrosanct. But simply invoking the words and beliefs of George Washington, John Adams, Thomas Jefferson, and James Madison does not mean that you understand the words and principles that are being cited. In fact, on close examination, it seems that Tea Party, has completely misinterpreted much of what they associate with America’s creation and the men who created it.

The Tea Party is not a monolithic entity and has no one person who espouses its beliefs on behalf of the whole. The closest one can get would be to look at the words of Sarah Palin, Glenn Beck, and Rush Limbaugh in order to get a primer on what the party stands for. As was previously mentioned the Tea Party, broadly understood, represents a movement toward a more limited role for the federal government. Tea Party supporters would like to see the US Constitution followed more strictly, what is called originalism–the belief that the Constitution should be literally followed and not interpreted by activist judges. Moreover, they argue for the government to drastically reduce its spending in order to balance the debt that is well over 10 trillion dollars. Given these basic principles that the Tea Party adheres to, there is already inconsistencies that emerge when compared to the vision of the founding fathers. Firstly, deficit spending was introduced by British economist John Maynard Keynes during the Great Depression, which occurred 150 years after the founding fathers, so it is obvious why arguing that the founding fathers would have had a position on such a matter may be difficult to validate. Secondly, not all of the founding fathers shared in Jefferson’s distrust of central authority. After all, being described as a Republican is their era meant something quite different. It is true that Jefferson had a distrust of central authority, but not simply of a central government, as his original concern was over the centralization of banks and their ability to manipulate the federal government.

The Founding Fathers and the Tea Party

Perhaps the single greatest misunderstanding that Tea Party supporters have of the founding fathers is their confusion of liberalism and libertarianism. George Washington, Thomas Jefferson, John Adams, and James Madison were not libertarians they were liberals, in the small “l” sense, meaning they believed in liberal rights, not to be confused with an organized party. Washington was a highly pragmatic politician, who did not, at any point in his political career, make long speeches about small government, deficit spending, or an originalist interpretation of the US Constitution. John Adams was a legalist, who believed in the primacy of the law as a means to overcoming the irrational realm of politics where men made self-interested decisions. Jefferson was also a devoted liberal in the sense that he believed in the importance of individual rights, as explained in his authoring of the Declaration of Independence. Lastly, Madison, the author of the Bill of Rights, argued in the same vein of Adams and Jefferson, all champions for the cause of liberalism. None of the founders thought that the Constitution ought to be literally interpreted in perpetuity. They believed they were simply guidelines, principles that were outlined to direct the general course of a young nation.

It is alarming to scan the names of those sent to Congress in the last mid-term elections under the label of the Tea Party and compare them to the founding fathers; it is not disturbing because the 21st century class is less distinguished, as anyone would be if compared to the founders. It was a different time. That is the point. Not only do Tea Party candidates and their supporters get everything the founders stood for wrong–which is bad enough–they should not be attempting to craft a nation in their image. The world does not look like it did in the late 18th century. Michelle Bachman, Sharon Angle, and Sarah Palin are not Jefferson, Adams, and Madison, nor should they be. The deification of the founders needs to end at some point. Real problems and solutions need to be discussed by real adults. One element that the Tea Party casually overlooks about the founders is that they were enormous elitists who had little faith in the intellect of the common man. Not everyone should be a politician, or can be. Instead of acting like mind readers and attempting to guess what the founders would have done, it is time for politicians to come up with their own thoughts and stop plagiarizing the founders. Plagiarism is definitely something the founders would have frowned upon.