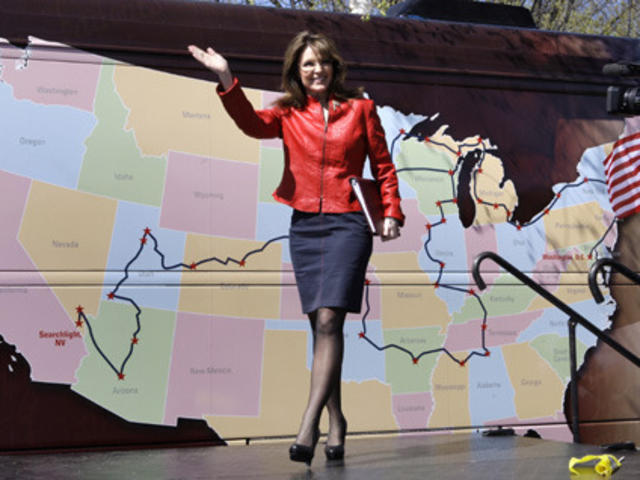 A new CBS poll released the evening of Oct. 6 shows that Americans are equally divided over whether they have a favorable view of the burgeoning Tea Party movement, but that more than twice as many of them surveyed have an unfavorable view of former Gov. Sarah Palin.

Pundits from both sides of the aisle have see latest pol as bad news for the Republicans. Those from the Democratic side are breathing a deep sigh of relief because they see this as confirmation that the majority of Americans possibly view Palin and the Tea Party as political extremists, which could motivate those on the left to get out and vote in November and those in the middle to stay at home.

Meanwhile, conservative pundits and the Republican establishment are witnessing their worst fears come true, because the poll shows that nearly 44 percent of Independent voters do not favor Palin. Republicans had been banking on their support to take back Congress.

While Palin and her supporters often complain bitterly that she is treated unfairly by the media, their persistence has made her appear as an anti-establishment underdog to millions of disenchanted Tea Party members, who are embracing her and the candidates she endorses. But at the same time, observers say such tactics further alienate liberals, moderates and independents. .

Like any brilliant politician, Palin has learned to use her opponents attacks to fuel a monster campaign machine against them. But as a result of this latest poll, some pundits are saying the strategy has backfired.

The poll shows a negative momentum building against Palin more than the Tea Party, which could derail any future plans she may have to run for president in 2012.

Whenever Palin is cornered by a reporter and asked whether or not she will run for president in 2012, she smiles, refuses to answer and quickly changes the subject. But recently, Palin appeared to show her true intentions when she said she "would consider running if no other good Republican candidates step up."

But some pundits on the left believe it's not a matter of if Palin will run, but when she will announce. They are hoping Palin's she wins the Republican nomination as her unfavorable ratings continue to grow,. This way they theorize that Obama can easily win a second term against a candidate the majority of American could view as an extremist.